Recently, I was able to go back to my old high school Sarnia Collegiate and Technical School (SCI&TS) to get a look current sound system installed in the auditorium. I arranged to meet up with the Head of the Drama Department, Mr. Dan White. He allowed me to come in so that I could take some pictures of the current sound system to compare it to what used to be there back in the mid 80s when I attended my school.

The auditorium has changed quite a bit since my time there. The gear has also changed drastically.

Back in my school days, we had a pretty basic sound system to use which was located in a small box room that was on the third floor overlooking the balcony level of the auditorium. The gear consisted of a Yamaha 1204 mixing console, a Yamaha dual 31 band EQ, a Yamaha single 31 band EQ, 2x Yamaha power amps, 1 pair of JBL speakers for mains and 1 pair of Yamaha speakers for foldback monitors.
Here are pictures to illustrate:

This is the original Yamaha MC1204 Mixing 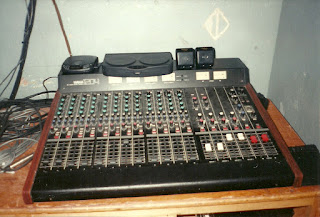 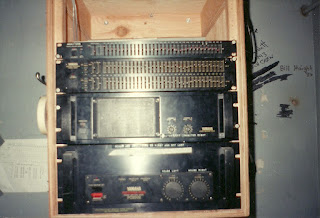 Now compare some pics of the current setup at my old high school.
They relocated the mix area to main floor of auditorium under the balcony at centre line: 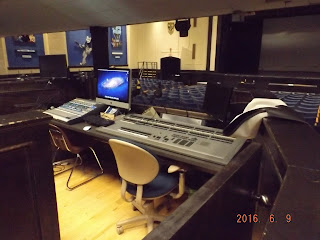 They have a new, Presonus digital mixing console: 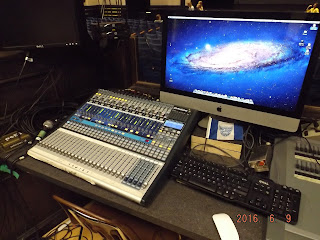 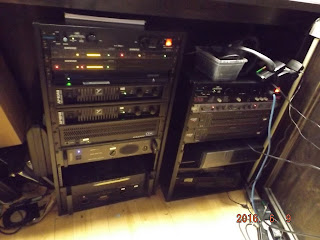 There is a left - right hang of Yorkville Sound loudspeakers: 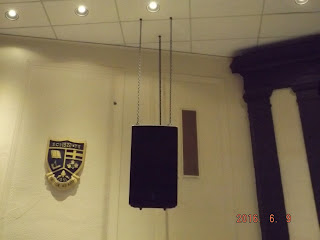 There is a newly added centre cluster hang of Yamaha loudspeakers: 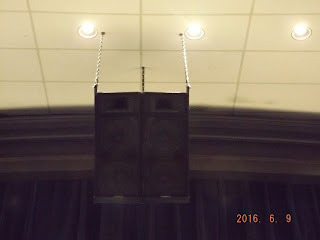 There is even Yorkville subwoofers mounted underneath the stage! (never had those when I was there!): 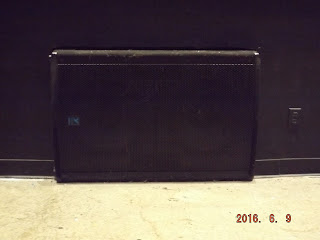 Here is a view looking from Front Of House towards the stage: 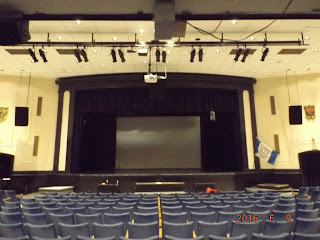 It was so great to go back to the auditorium where I learned to be a theatre technician and learned how to mix sound on an analog mixing console. I left feeling very nostalgic for the rest of the day...

On a side note: My old high school is actually on the chopping block this year to be closed by the board of education. They want to close it down and send all the students to another high school after it gets renovated and expanded. There are some local people trying to stop it from happening because, SCI&TS high school is the oldest school in our city with the most character and the most amenities. We are all hoping that the school doesn't end up closing down but, the board is still set on their idea. More to follow......
Posted by Ron Behro at 12:15 AM