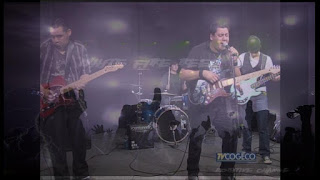 Alright, here is a local band from Sarnia, ON. called "White Fire Reed". They will be playing a live concert at The Trinity Lounge in downtown Sarnia on Saturday, March 16, 2013. Yours truly will be mixing sound for this band at the show. If you would like to check out the band's sound, then go to their new page on ReverbNation to listen to the songs from their debut CD entitled "Positive Change".

Cheers everybody!
Posted by Ron Behro at 12:13 AM No comments: Links to this post