Mixing Headworn Vocal Mic and Keyboard Through a Keyboard Amplifier 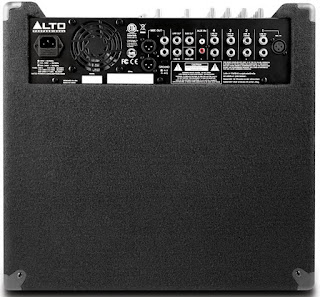 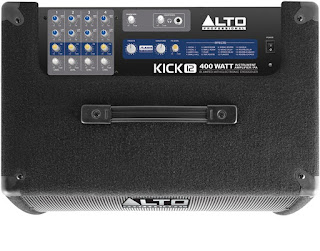 Next I needed to get a proper balance between the vocal mic (a headworn type) and the keyboard itself. At first the sound was not good because, the keyboard amp had EFX turned on along with the EFX at the FOH console. So, I turned off all the EFX on the keyboard amp and used only the FOH mix EFX instead.

After some tweaking I got a reasonable blend of signal coming to the FOH mix. The biggest issue was keeping a good vocal / keys balance throughout the set. If only the performer would have let me take his mic feed direct to the FOH console and not through the keyboard amp, I would have had better control.

Then afterward, I got thinking about an alternate setup that I should have consider trying if I had more time between sets. If I had an XLR Y-cable, I could have taken the vocal mic feed, split it into two feeds, and sent one feed to the keyboard amp and one feed to the FOH mix. I wondered if that would have lessened the amount of signal sent to the FOH mix.

Then I wondered about using a mic splitter to split the channel properly to avoid any ground loops issues. Of course, Radial Engineering has just the solution that would work for that setup. It is the Radial JS-2 Mic Splitter. See the application drawing below: 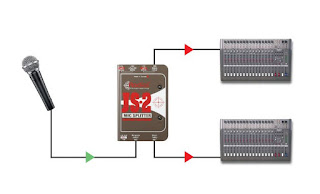 Just like the diagram shows, the mic signal goes into the box and two outputs come out and go to the two mixers. It shows two FOH mixers but, it would work with the mixer keyboard amp too. With this setup the keyboardist could adjust his keyboard levels to way he likes and I would have independent feeds for the vocal mic and keyboard allowing me to achieve a better balanced mix at FOH.
Posted by Ron Behro at 1:03 AM 1 comment: Links to this post

Radial Engineering has a really cool DI box selector called the Radial Road Map.
Click on the web link below to open the application, select which instrument you want to connect to a DI box and you will find a number of example hookups illustrated using Radial Engineering products.

Also check out the Radial "Intercom" newsletter available on the web site in PDF format. There are features on new Radial products along with some great articles and helpful tips. 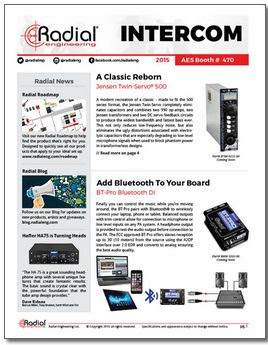 For most people these days, music that they listen to is usually downloaded from the internet and played back on their Smart phones, tablets or MP3 players. Only a small percentage of people still actually use CDs, DVDs, Vinyl records and even cassette tapes. I personally still like to listen to my music on CD but, I do still have a box cassette tapes in my collection. I have even gone to the extent of transferring some of my cassette tapes to my computer allowing me to make a CD copy to play in the car, etc.

Today, I came across an article on Prosoundweb.com that discussed how to maintain magnetic and optical media (ie: CDs, DVDs, and Cassettes). The article tells you how to solve problems with your media. Like a scratched CD or a crinkled and snapped cassette tape.
Click here for the article:
http://www.prosoundweb.com/article/maintaining_optical_media_recovering_data_damaged_storage_devices/

So, if you still have recordings on these older formats, take a few minutes to read this article and learn how to keep your collection in good shape. For all the younger people out there who have never seen or used a cassette tape, see the diagram below: 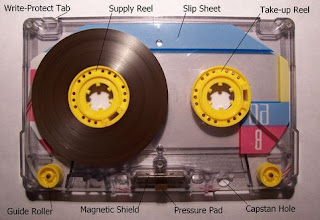 .....And Here is a picture of a typical dual cassette deck that will playback and record onto the above shown cassette tape: 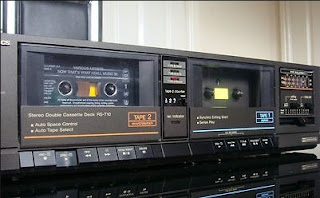 With a dual cassette deck, one deck is playback only while the other is playback and record. This allows you to playback a pre-recorded cassette on the playback only deck and record a copy onto a blank cassette using the record deck. Blank cassettes available with various time capacities. Standard formats are C-60 and C-90 which meant 60 mins total recording time and 90 mins total recording time respectively. Recording is available both "sides" of the cassette tape. A C-60 tape will be 30 mins per side and a C-90 tape will be 45 mins per side. 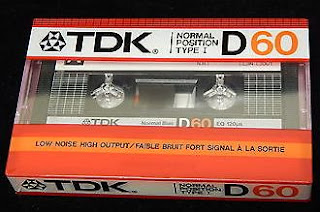 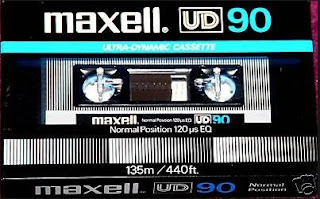